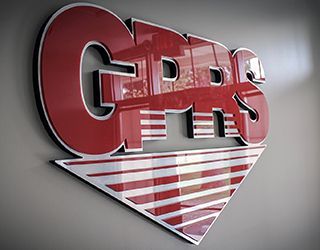 John Kessinger from the Toledo, Ohio office was recently contacted by an ethanol plant in NE Indiana to locate reinforcing steel on top of 2 grain silo’s. The silo roof slabs were 6 inches thick with heavy amounts of re-steel. The plant was in need of making (3) 3 inch diameter holes on each silo for obtaining better fill level measurements. Once on site the radar testing was done quickly and accurately without any down time. All the rebar was marked directly on the roof slab so that the contractors could come immediately following and drill the holes. The slab was found to have 3 mats of rebar in it and missing all rebar was found to be a nearly impossible task. The information gathered however, allowed the contractors to minimize the rebar strikes when drilling.

Should you be in need of rebar, post-tension, or conduit locating, contact John Kessinger at 419.467.1444 or at: john.kessinger@gp-radar.com.